This document contains a set of four integrated competency profiles that define the competencies of paramedic and emergency medical responders within Canada. It is important to note that the NOCP is not intended as a curriculum blueprint, or a teaching plan.

The Paramedic Association of Canada (PAC) introduced the National Occupational Competency Profile for paramedics along with the professional titles in March 2000. This was done to define the profession, promote national consistency in paramedic training and practice, and lastly, to facilitate job mobility for practitioners.

The 2001 National Occupancy Competency Profile was reviewed and refined to produce the new profile contained in this document. The review process for a new National Occupational Competency Profile for paramedics, began in 2006 with a future vision conference, and culminated in 2011 with an agreement between the the Canadian Organization of Paramedic Regulators and the Paramedic Association of Canada to adopt the 2011 National Occupational Competency Profile as a foundation document in the development of a National Examination for paramedics. initial competency profiles were reviewed and refined to produce the new profiles contained in this document. This document also reflects important change driven through a collaborative feedback process that included representatives from key stakeholder groups. The Board of Directors of PAC approved the new profiles on October 29, 2011. 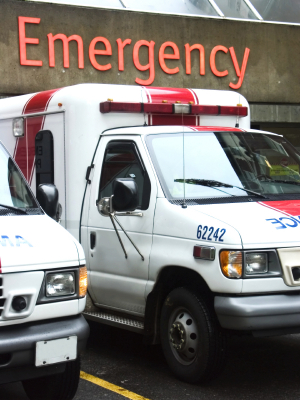 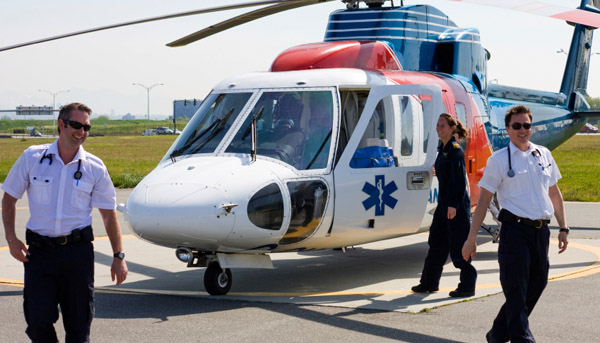 This Appendix outlines the use of “High Fidelity Simulation” (HFS) to supplement evaluation of Specific Competencies in the Clinical (C) or Preceptorship (P) performance environments as defined by the National Occupational Competency Profile for Paramedics in Canada.

“PAC is committed to leading the profession of paramedicine, through a spirit of collaboration, a commitment to the vision and strong leadership. We will demonstrate honesty, integrity and transparency in our affairs, be accountable to the Chapters, and fairly represent Paramedics with a national focus. We are committed to the Renewal of the National Occupational Competency Profile (NOCP), the development of a National Examination, and the development of a National Registry.”

This latest iteration of the National Occupational Competency Profile occurs ten years after the original document was approved by the Paramedic Association of Canada. In that past ten years, there have been many changes in the field of Paramedicine specifically, and within Health Care in general. The Paramedic Association of Canada recognizes a number of forces at play that forge a dynamic tension within Paramedicine, that has created a push-pull force on the profession in Canada.

One such driver for change, a push force, presents as a result of the economic pressure placed upon the health care system by a burgeoning baby boomer demographic. The subsequent challenges this population demographic represent has resulted in a downloading of health care responsibilities. This downloading has obligated Paramedicine to respond by adapting and expanding Paramedic scope of practise. We now have Paramedics working in what are non-traditional settings for paramedics, including hospitals, community services, military and Industry, stretching the traditional scope of practise for Paramedicine. Further, the events of September 11, 2001, highlighted the need for the paramedic to be more fully integrated into areas of emergency response. The new areas of practise are referenced in Area 8: Health Promotion and Public Safety.

PAC also recognizes the advent of Degree-Diploma education for Paramedicine as a force for change. Medical innovation and emerging technologies have also played a role in creating the dynamic tension that is pulling Paramedical practise deeper in to academia. Pressures within the Health Care System are pulling the scope of Paramedic practise in new directions, and Paramedics are increasingly employing more of a diagnostic role. The Paramedic Association of Canada wholly supports the development and immplementation of degree programs as a reflection of the increasing complexity of paramedic practise.

In part, as a result of these external forces, there has been considerable change in the landscape that supports Paramedicine.

Since 1988, The Paramedic Association of Canada, (originally The Canadian Society of Ambulance Personnel) has represented the profession on a National basis. Our mandate has included:

Over the past several years, PAC has been witness to the emergence of National Paramedic stakeholder groups that share several items in our mandate as a result of their respective interests in the profession.

In 2002, the Emergency Medical Service Chiefs of Canada (EMSCC) was incorporated as a national forum for information gathering, policy development and coordinated action by the leadership of Canada’s EMS systems. This group works under an operating mission “To Advance and Align EMS Leadership in Canada”.

The concept of labour mobilty, as it applies to Paramedicine, was founded in interprovincial agreements in the mid 1990’s. In 2008, with support from Human Resource Skills Development Canada, several provincial regulators met to establish a national body of paramedic regulators to address national standards within the context of labour mobility. In 2009, the Canadian Organization of Paramedic Regulators was established.

Today, and for the first time in the field of Paramedicine, there is a national perspective representing Education, Regulation, Operations and Professional Practice.